The 2016 Kumamoto Earthquakes, which registered a JMA seismic intensity of 7 on two occasions—once during the night of April 14, and once again in the early morning of April 16—caused extensive damage in terms of both human and material losses. 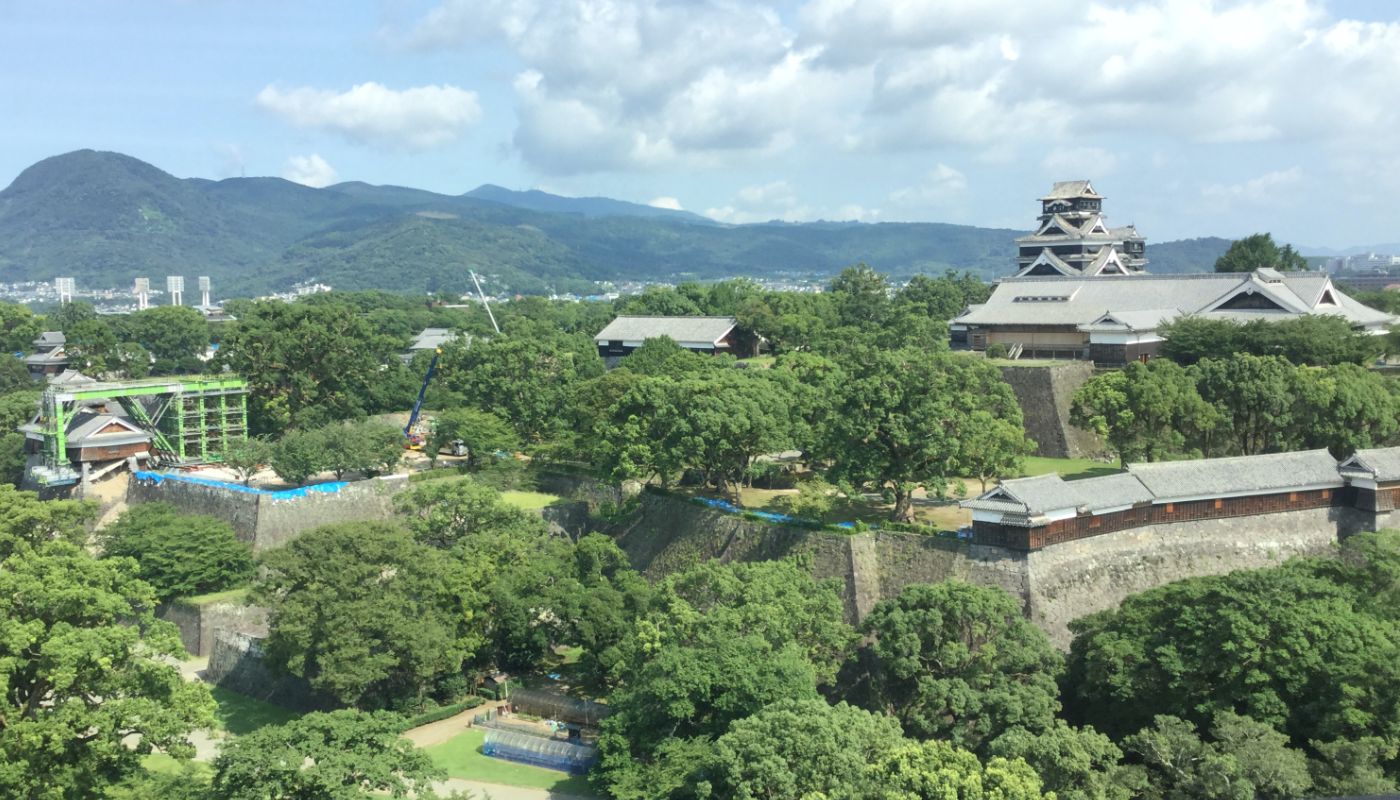 The damage to Kumamoto Castle was apparent across every structure within its grounds.

All 13 buildings designated as important cultural properties and 20 reconstructed or restored buildings incurred damage, while the stone walls surrounding the castle were also severely weakened; about 30 percent of the walls had either collapsed or had become bowed and slack.

Kumamoto Castle is not only a place that gives the residents of the city and prefecture of Kumamoto strength, it is also a highly valuable cultural asset.

Faced with the important task of quickly restoring the keeps, a symbol of Kumamoto’s reconstruction efforts, the company worked together as one to restore the keeps and stone walls.

The Iidamaru five-story turret was miraculously saved from collapse despite the stone wall on its south side collapsing, leaving only a single column of stones supporting the turret.

In response, Obayashi Corporation urgently completed works in a period of 48 days, which involved installing a platform below the turret to support it from underneath, then moving the platform out of the way to insert a “steel arm.” The arm served as a temporary support beam to prevent the turret from collapsing.

The Keeps of Kumamoto Castle

The castle keeps at Kumamoto Castle’s main enclosure were also damaged, with many of the roof tiles falling off. After seismic retrofitting and restoration work was completed, the interiors of the castle keeps were opened to the public from June 28, 2021.

The company’s new Cross Damper technology, in which brake dampers and oil dampers are crossed to improve earthquake resistance and tremor control, was adopted in the main castle keep.