Currently, the City of Toronto has a plan to improve commuter rail systems and directly connect to Toronto Pearson International Airport from Union Station, which is located in the center of the downtown Toronto. This project is a part of the programs. Weston Tunnel Phase3 Grade Separation Project consists of separating Georgetown line and two surface roads. This rail corridor will be lowered and double-tracked by cut and cover method for approximately 20m in width, approximately 1.4km in total length. Two roads crossing the rail corridor will be constructed on the top of roof slab of the rail corridor.

The order received for this project becomes the first large-scale construction in Canada and by Obayashi Canada Ltd.

【Outline of the work】 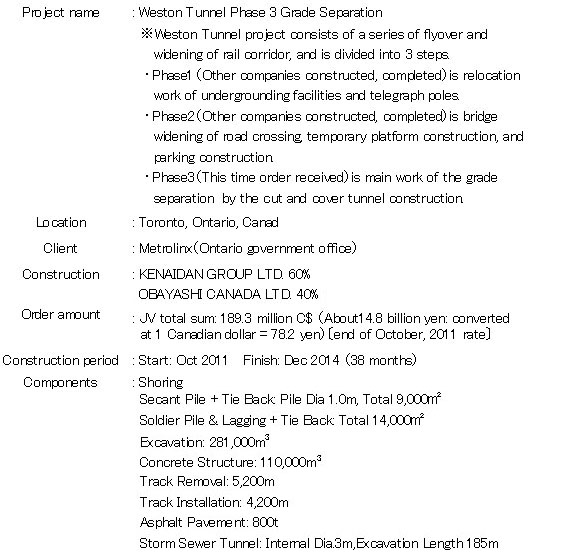 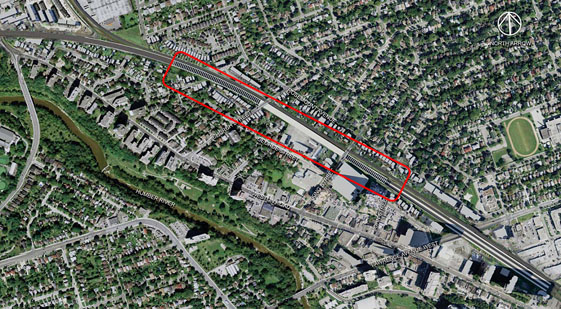 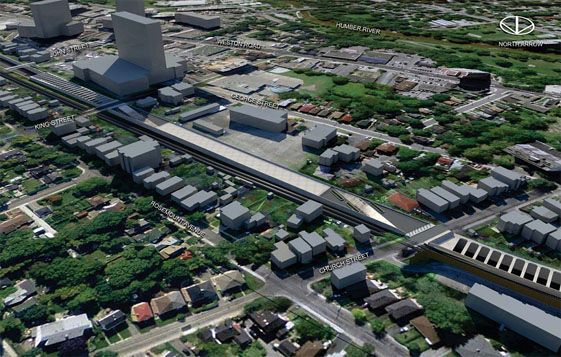