This project is being planned for the construction of the dome stadium, Shopping mall facility, hotel, office building, and cultural entertainment square. Farglory Group (Head Office: Taipei, Taiwan; Chairman: Chao Teng-hsiung) of Taiwanese major developer was chosen after a bid as a BOT (Build, Operate, Transfer) company from Taipei City in May, 2004.

As a result of an evaluation of the achievement and technology, Obayashi corporation received an order for first large-scale multi-use stadium in Taiwan.

*1 Fast-track construction: A method to begin construction from the part which a design completed in sequentially

【Outline of the work】 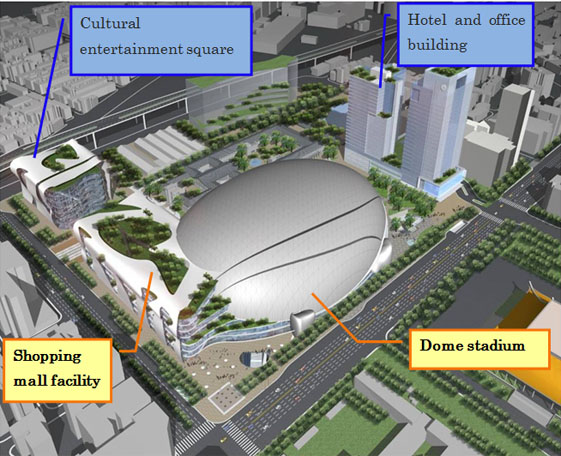