This hydroelectric project consists of construction of concrete gravity dams and power stations on the Nam Ngiep River, a tributary of the Mekong that flows through Laos and Thailand on their border. The main dam is 148m height, 530m length at the top, and the volume of the body is approximately 2 million m³. In addition, the two power stations will be equipped with outputs of approximately 270MW and 18MW respectively. Obayashi Corporation is responsible for construction of the main dam body, power station, road, and etc.

The preparatory works for road, river diversion, excavation for the dam foundation, temporary facilities for the dam, and etc. will be executed from 2013 to 2015. Moreover, the concrete placement of the main dam body will be commenced in 2016. Power generation is scheduled to start in January 2019. 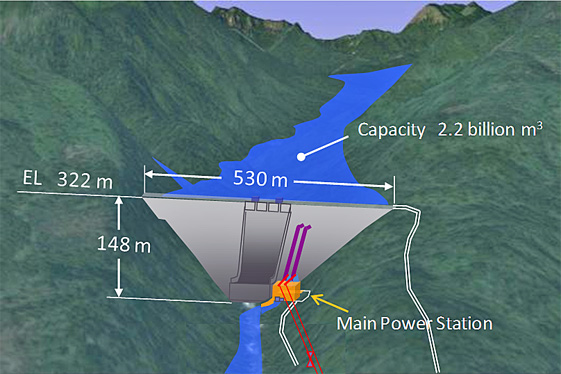 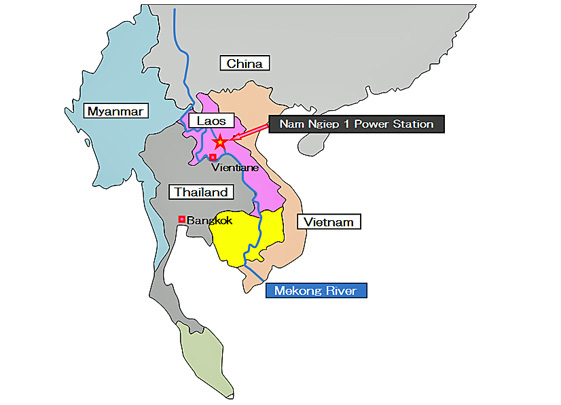