Obayashi Corporation's Technical Research Institute in Tokyo, Japan, has recently been awarded Japan's highest rated LEED Platinum certification for their Techno Station facility under the USGBC LEED for Existing Buildings and Operations Maintenance (EBOM) (*1) rating system. Working in collaboration with Webcor Builders (*2), Obayashi Group's subsidiary in the United States, the Techno Station was awarded 95 points, the highest LEED score ever awarded to a building in Japan and the third-highest LEED score under LEED-EBOM v2009 in the world.

Obayashi Corporation felt that it was important to evaluate the building based on its actual operational performance in addition to its predicted performance. At the same time, they were aware of the international growth and importance of the LEED market. The Techno Station has been certified under Japan's Green Building Rating System called "CASBEE for New Construction", and to this end, Obayashi Corporation moved forward to pursue the LEED-EBOM certification in addition to the CASBEE for Existing Building certification.

Obayashi Corporation and our affiliates worldwide are supported by Webcor Builders utilizing its deep knowledge and experience in green building construction and LEED certification. Obayashi will leverage this experience in not just the LEED projects in Japan, but also in emerging global markets to contribute to the construction of green building. 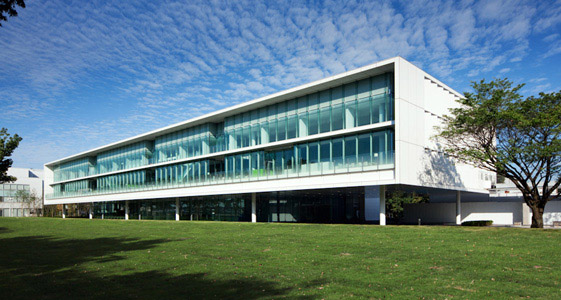 *1 LEED-EBOM
LEED-EBOM (LEED for Existing Buildings: Operations and Maintenance) is a LEED rating system, which encourages sustainable operation and management in existing buildings. There are approximately 3,700 projects around the world that are LEED-EBOM certified. Among these projects about 1,350 projects are certified under LEED EBOM v2009, the most stringent out of all the LEED for Existing Building rating systems. In 2012, the number of projects certified under LEED-EBOM exceeded the number for New Construction (LEED-NC). Therefore; demand for LEED EBOM certification has been expanding in relation to the needs of the real estate market.

*2 Webcor Builders
Webcor Builders (Corporate Office: San Francisco, California) is one of Obayashi Corporation's affiliates. Webcor is a general contractor located on the West Coast of the United States and has been working extensively on green buildings. Webcor has been ranked the #1 Green Contractor by ENR (Engineering News-Record) Construction based on percentage of revenue for 5 consecutive years. More than 1/4th of all the employees (total number: 414) are LEED-accredited professionals, including 66 LEED-APs.